Use An Ultra-Wide Angle Lens

You’ll need a DSLR camera to use a true ultra-wide angle lens, so make sure you read our tip on DSLR cameras if you haven’t already.

The standard lens on most DSLRs is an 18-55mm lens. 18-55mm refers to the focal length of the lens, which means that when it’s zoomed out all the way, the lens will be at 18mm, which is considered wide angle. The focal length of a point-and-shoot camera or camera phone varies, but many of them are around 28-30mm. The difference between 18 and 28 might not sound like a lot, but it is. Just take a look at the photo below. 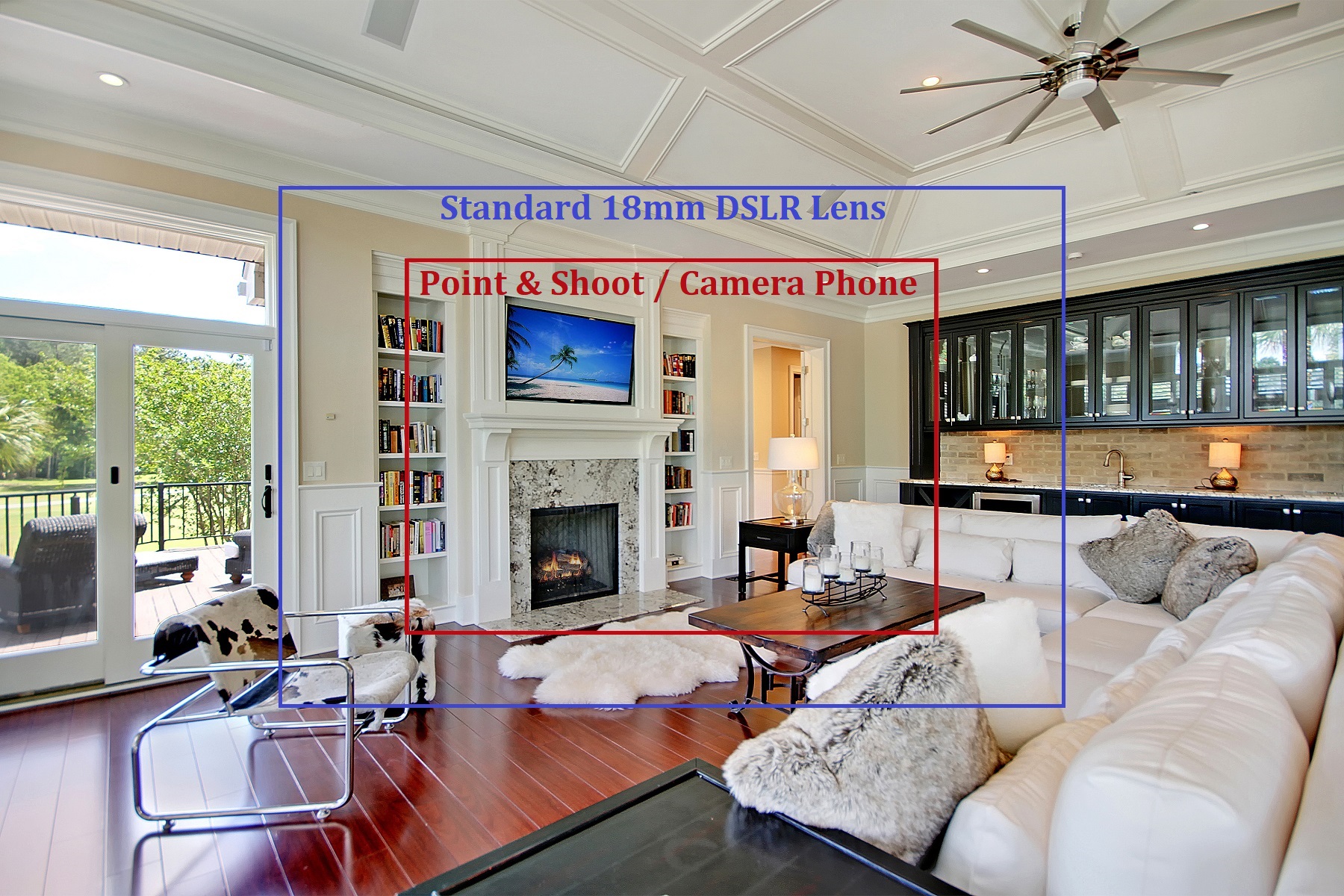 This photo was taken with an ultra-wide angle 10mm lens. The inner red box shows the 28mm equivalent, while the outer blue box shows the 18mm equivalent. You can probably see where I’m going with this argument. An 18mm wide angle lens is better than a 28mm lens, but a 10mm ultra-wide angle lens is heaps better than both of those. But without a DSLR, you won’t be able to get the 10mm or the 18mm look.

So what lens do I recommend? The Sigma 10-20mm has always been our go-to lens. You can usually find them for around $400. Yeah, I know—the lens is going to be about the same cost as the camera itself! That can be a hard pill to swallow, but the lens is arguably the most important part of the entire camera, so it’s one component that’s important to invest in. Besides, this lens is the cheapest ultra-wide angle lens that still has the right amount of quality for real estate photography. You could spend thousands on a top-of-the-line camera, but if you toss a cheap lens on there, you may end up with photos that are comparable to what a smart phone can do. For real estate photography, the lens is more important than the camera. That’s why we recommend entry-level cameras.

On the topic of wide-angle lenses, we should also put in a word on fisheye lenses. In our example from earlier, you saw that an 18mm lens was better than 28mm and a 10mm lens was better than both of those. At this point, you might be thinking: Why not go even lower to an 8mm lens? 8mm lenses, also known as fisheye lenses, are so wide angle that you can see the curve of the glass on the edge of the image. That curve will distort all the straight lines in your image, which breaks our cardinal rule of keeping straight lines straight from our earlier tips. The benefit of the extra space you capture with a lens of that type will be voided out by the curved effects it leaves behind.

Here’s an example we found online of a real estate photo taken with a fisheye lens. Notice how curved the picture gets as you get closer to the edges. This photographer would have been able to capture a more realistic picture if they had chosen an ultra-wide angle lens over the fisheye lens they used. 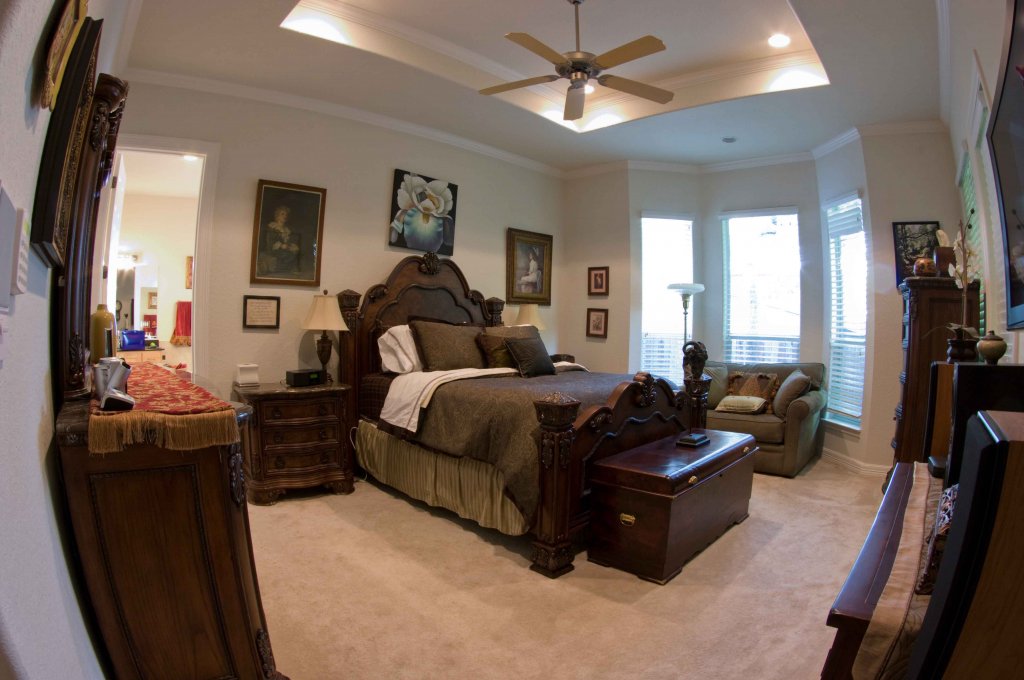 Pro Tip: Invest in a few other extras: 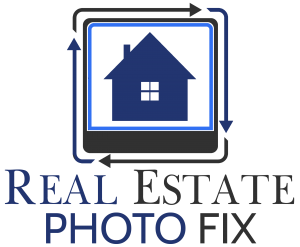